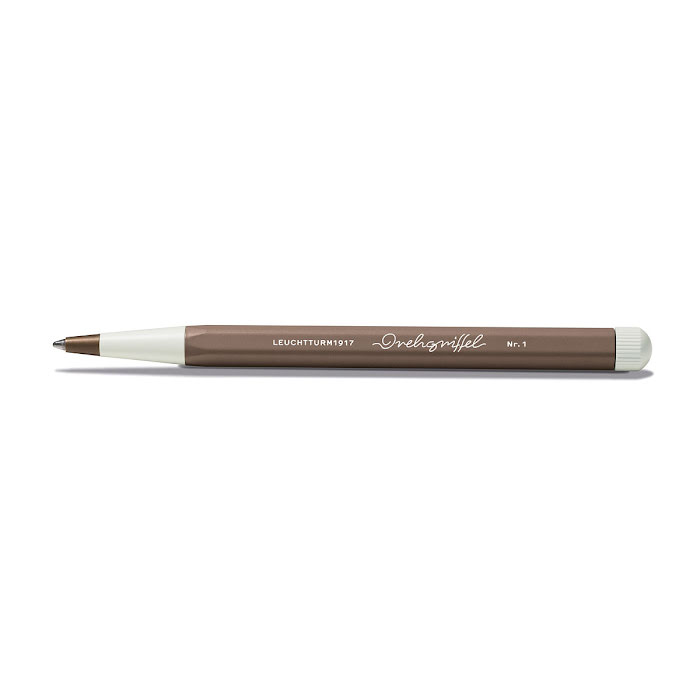 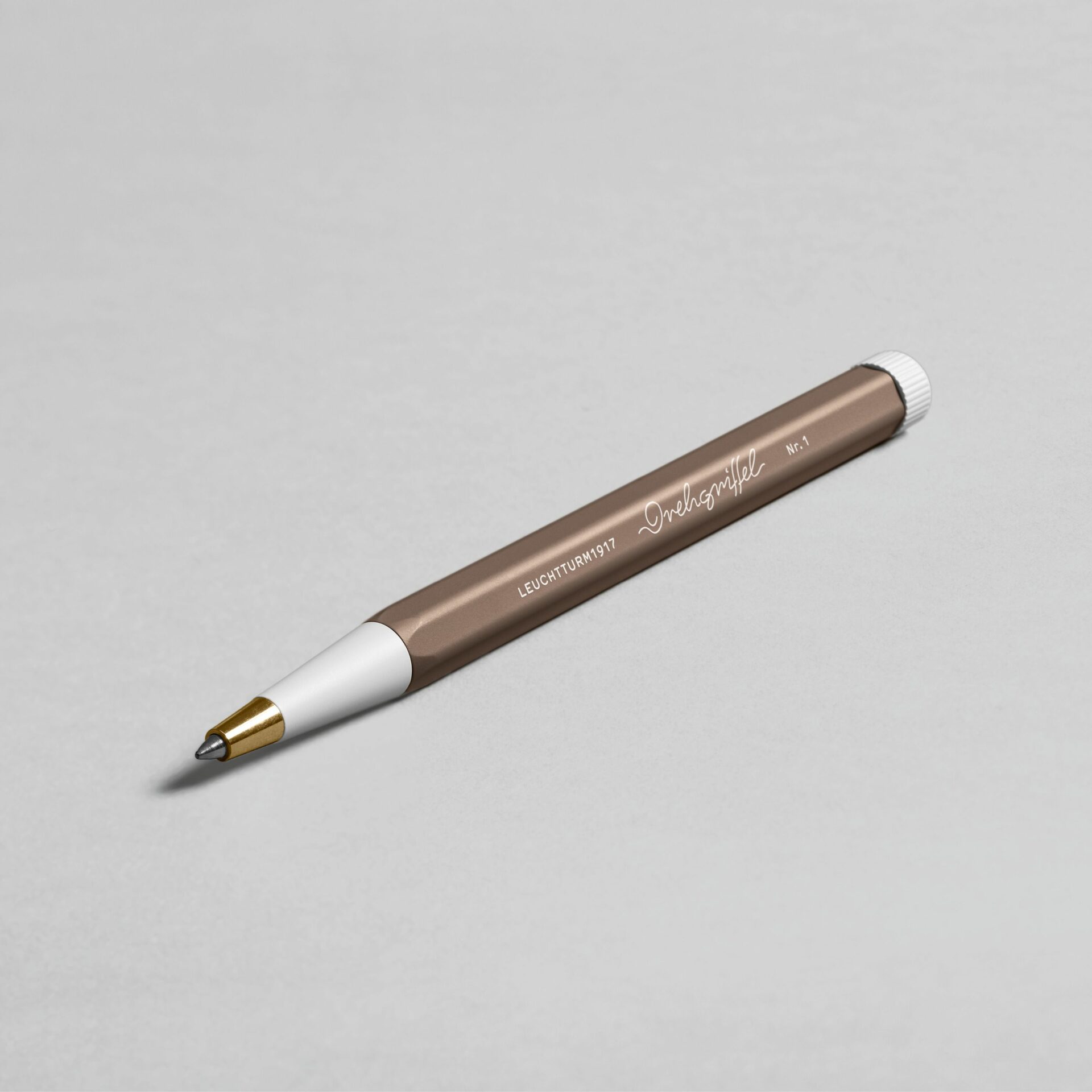 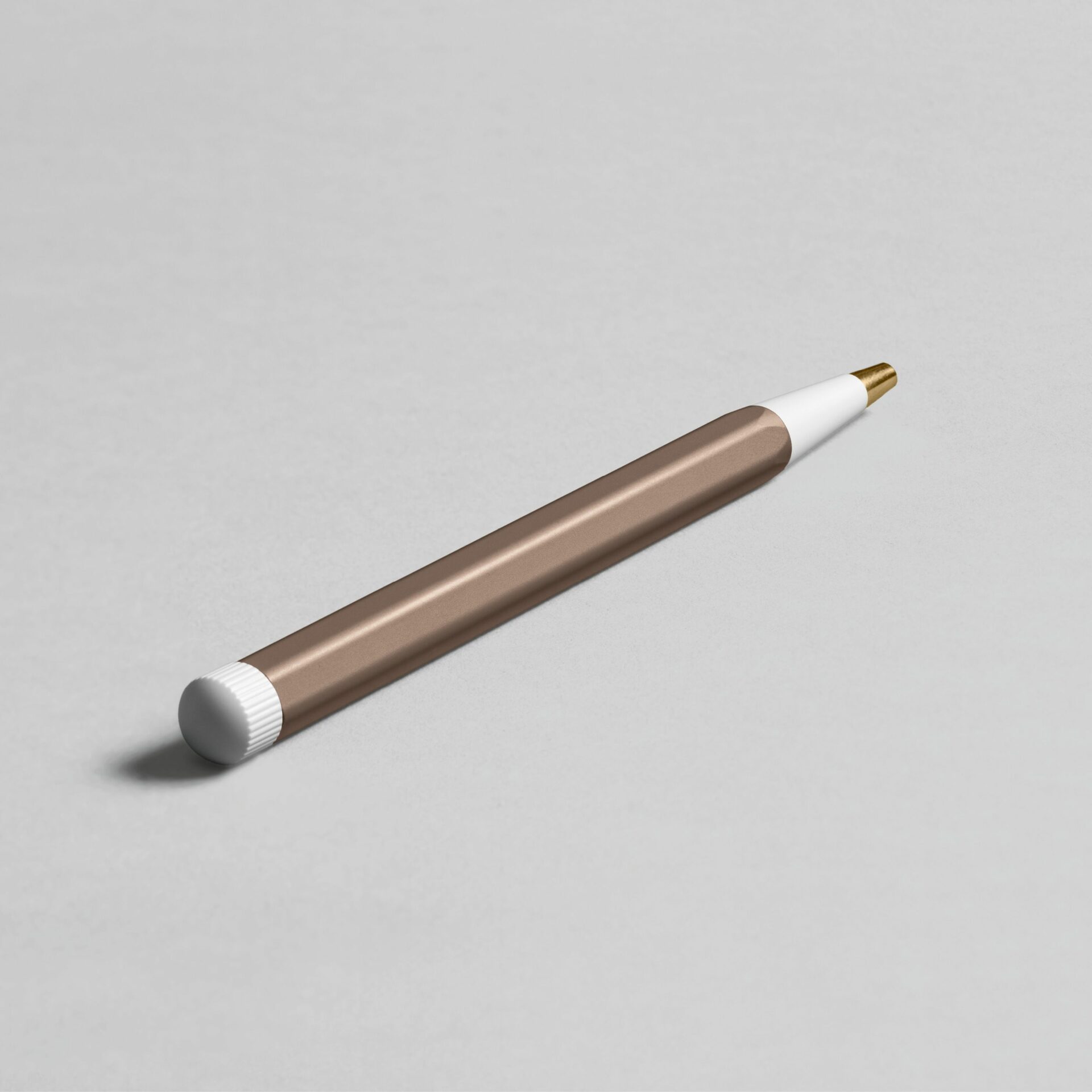 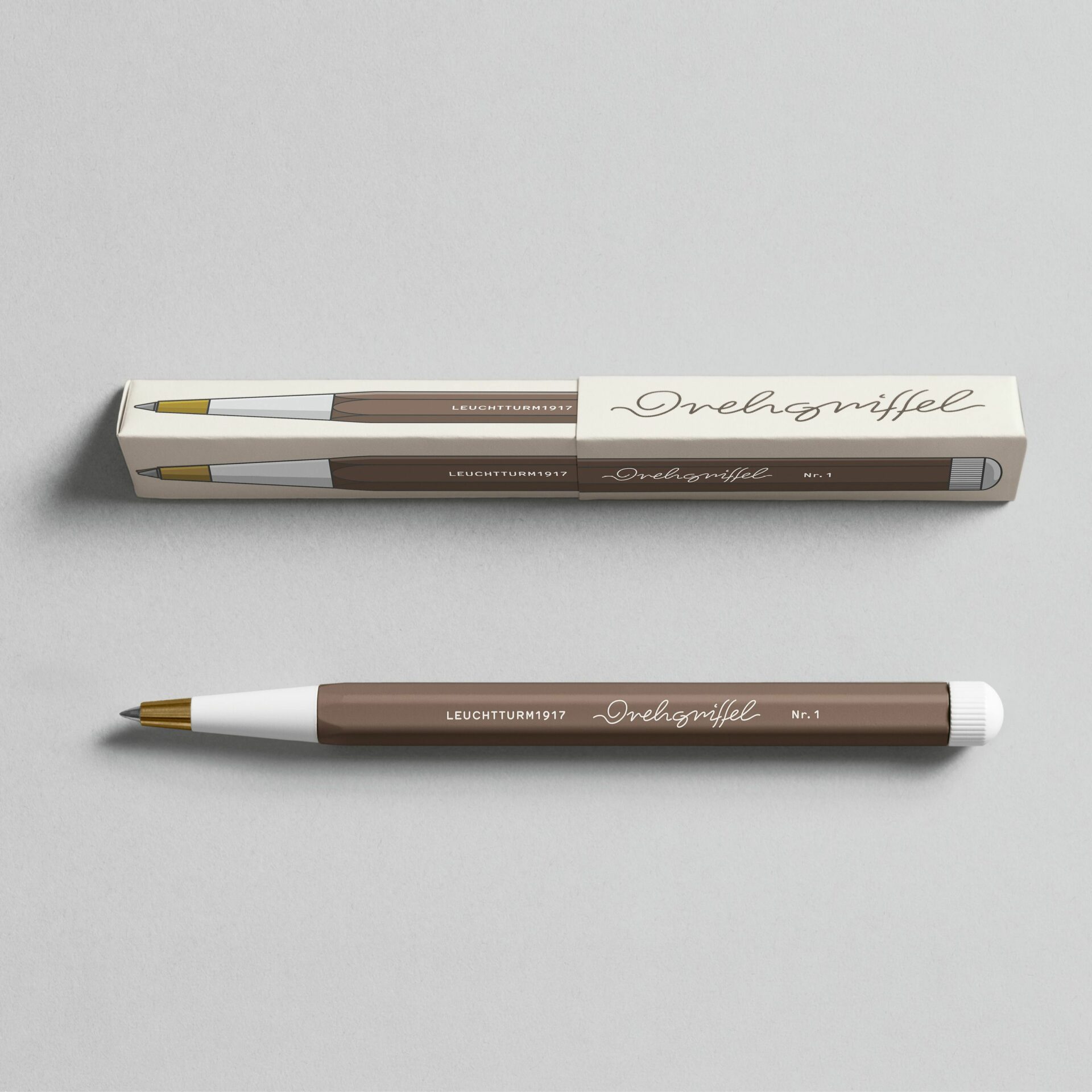 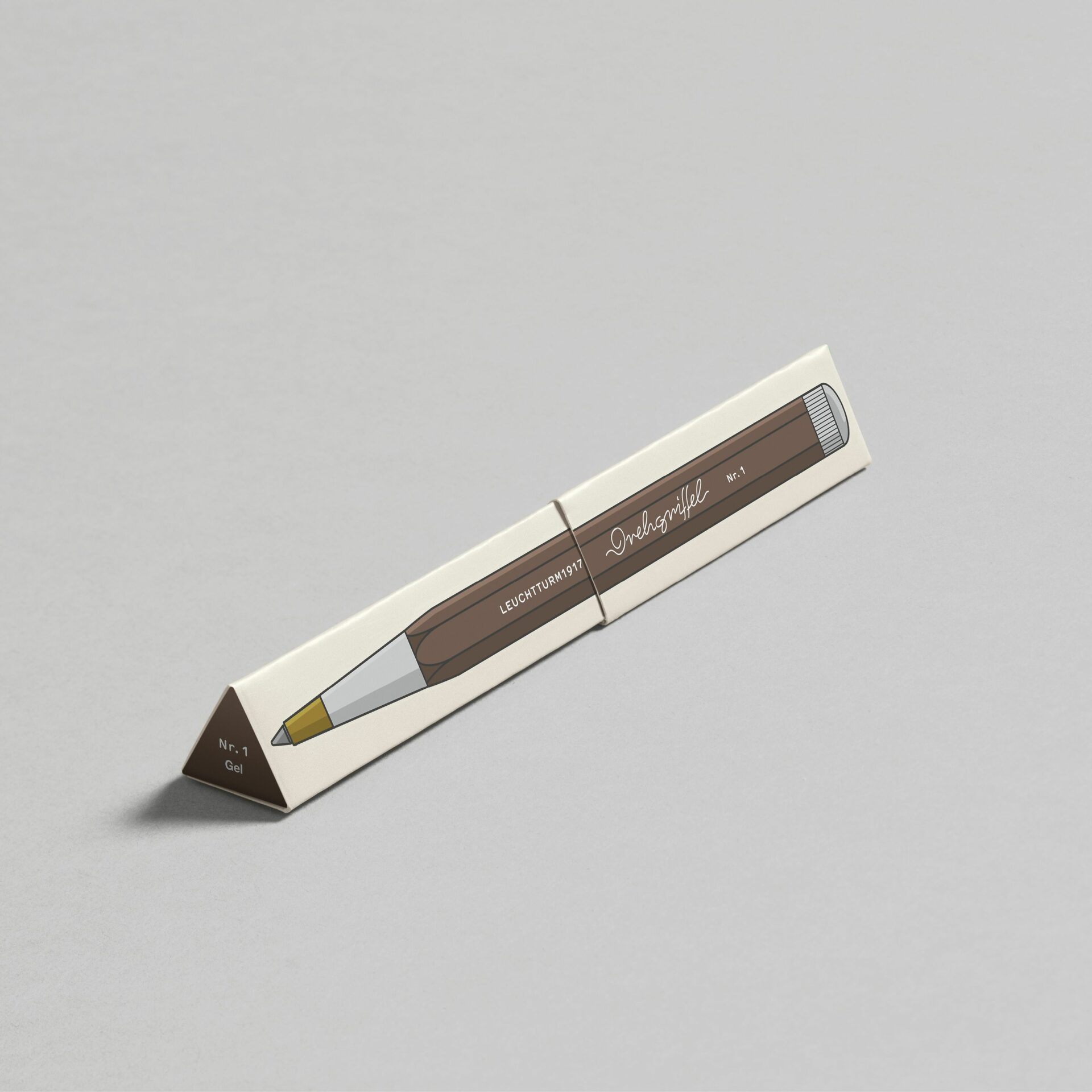 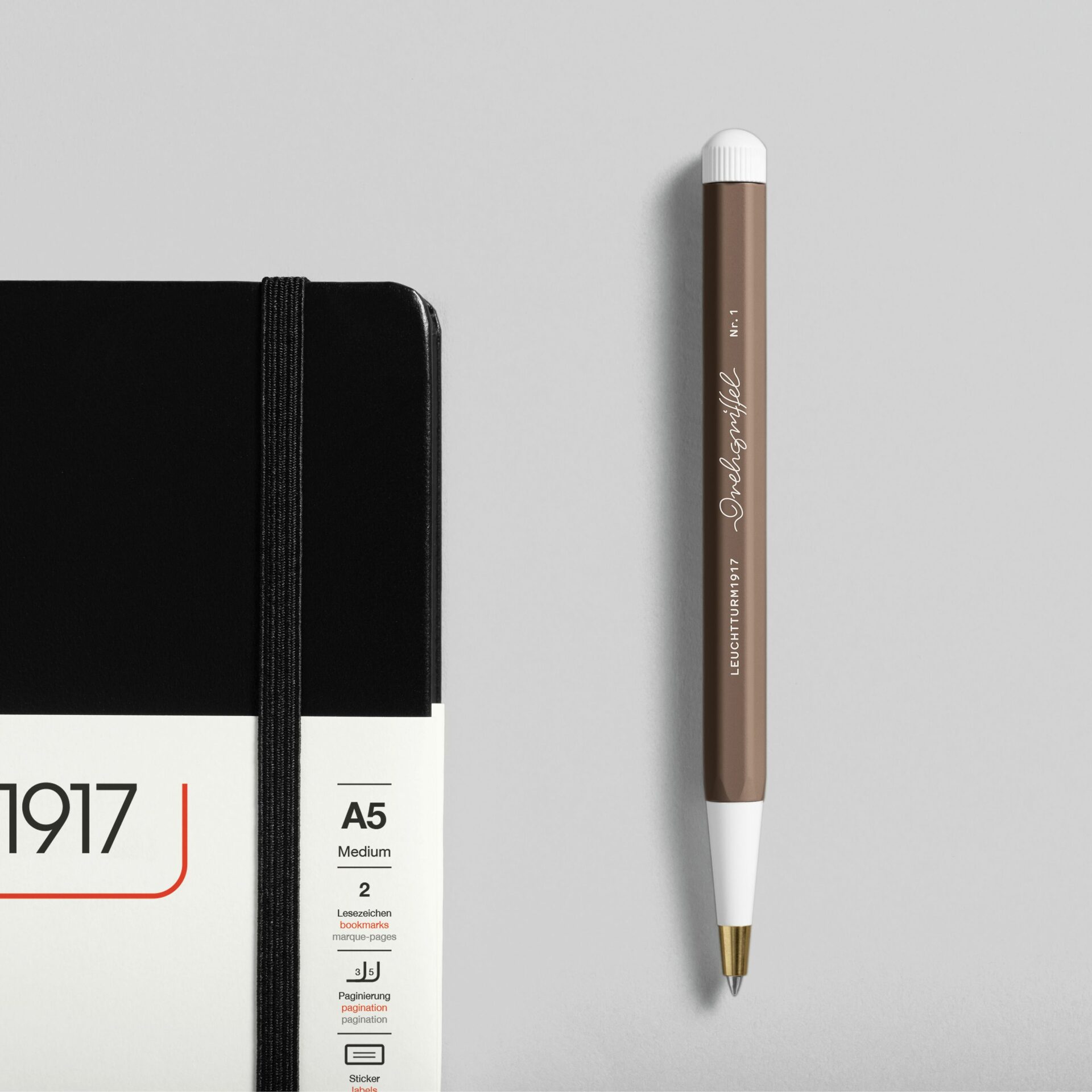 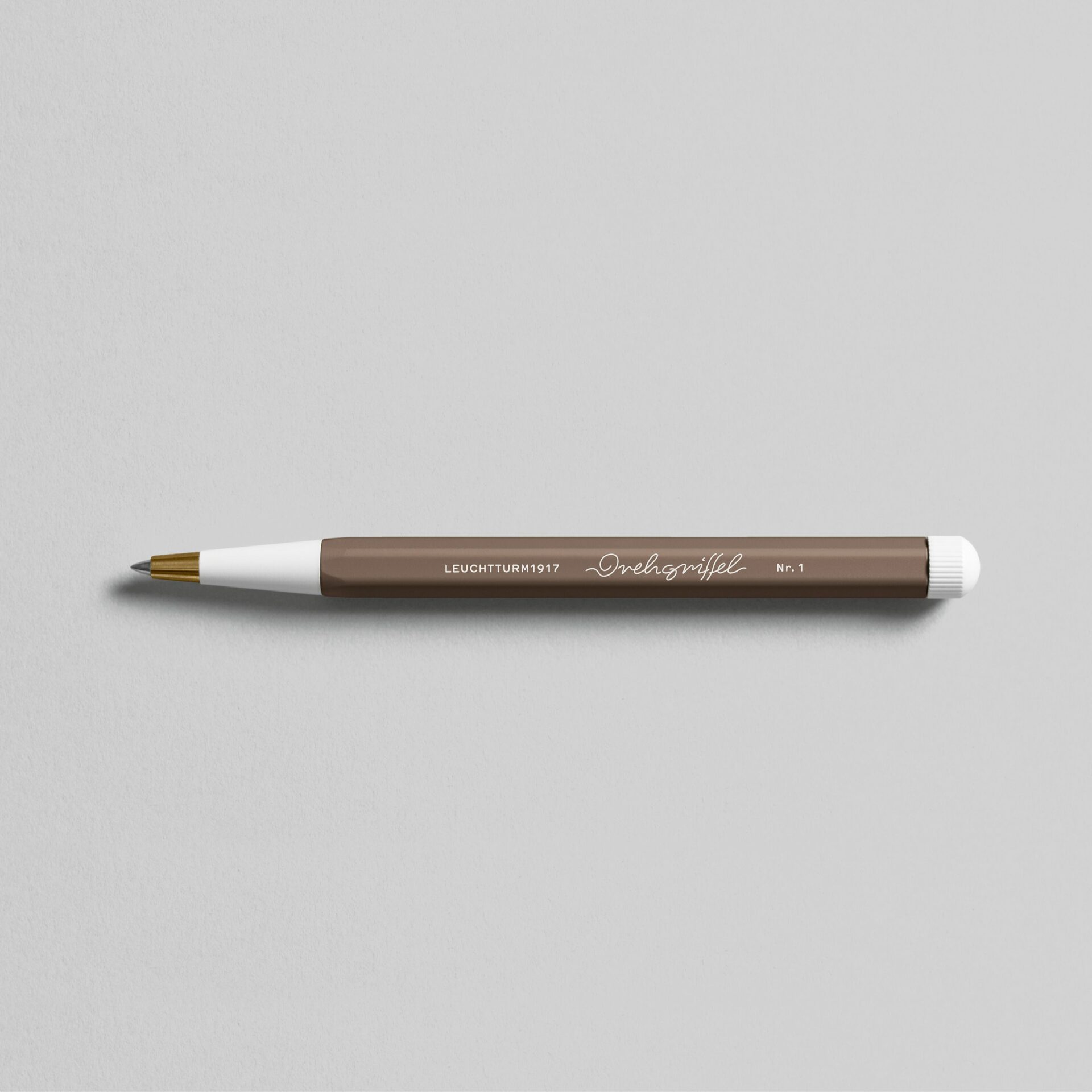 Made of precision ground aluminum and brass

Leuchtturm1917 Drehgriffel Gel Pen – Leuchtturm1917 revives the Drehgriffel from the 1920s. The name “Drehgriffel” is a German compound word that can be directly translated as twist pen. Its characteristic design makes the pen really stand out. Made of precision ground aluminum and brass. The twist mechanism is spring-loaded.

Our gel pen refill was developed in Japan, in order to reproduce in everyday life and as accurately as possible the fineness of ink strokes that were traditionally created with a brush. It makes the multiple award-winning Drehgriffel Nr. 1 pen from LEUCHTTURM1917 a premium instrument for writing and drawing.

Subscribe to our newsletter
Get 12% off your first purchase

Receive exclusive offers & updates before anyone else.