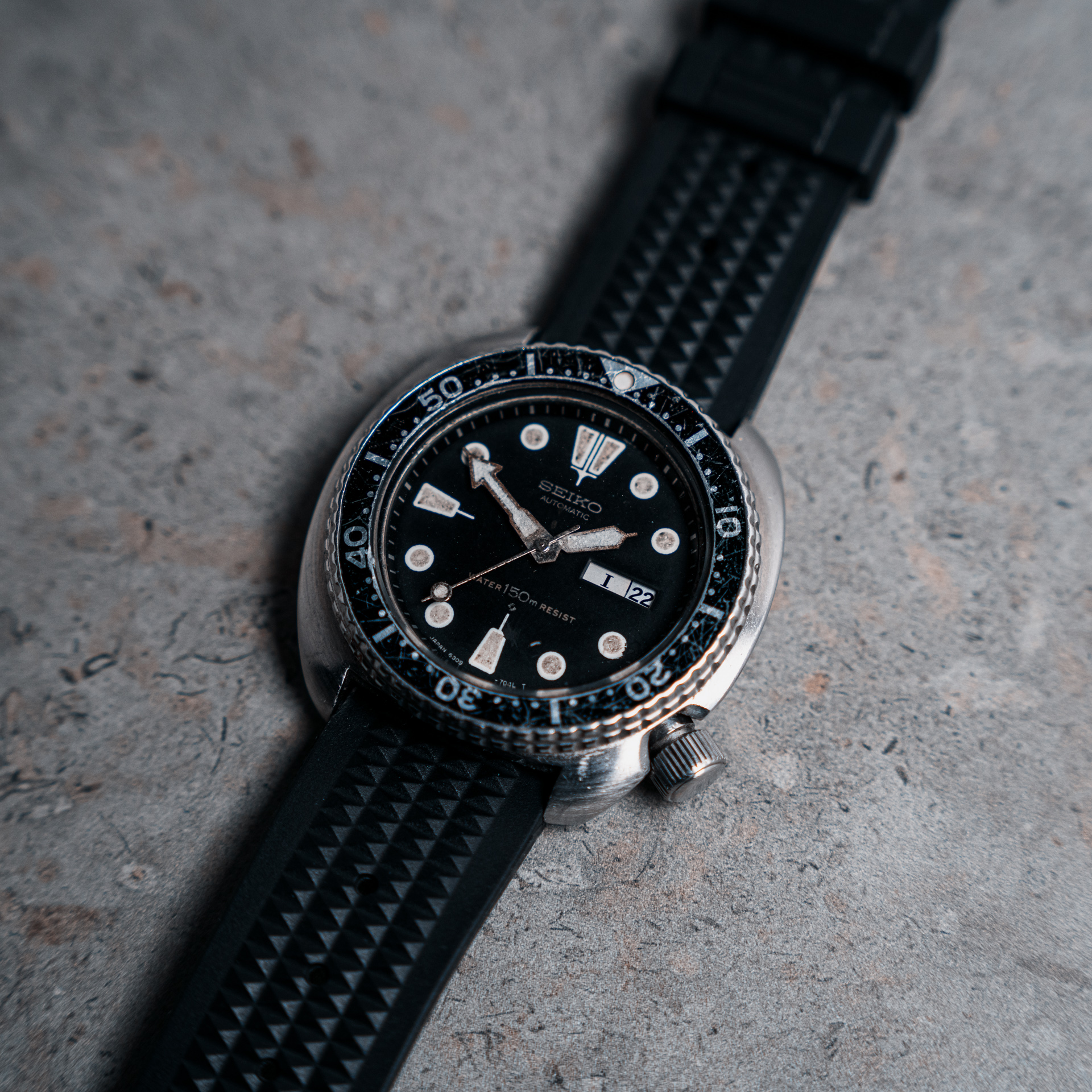 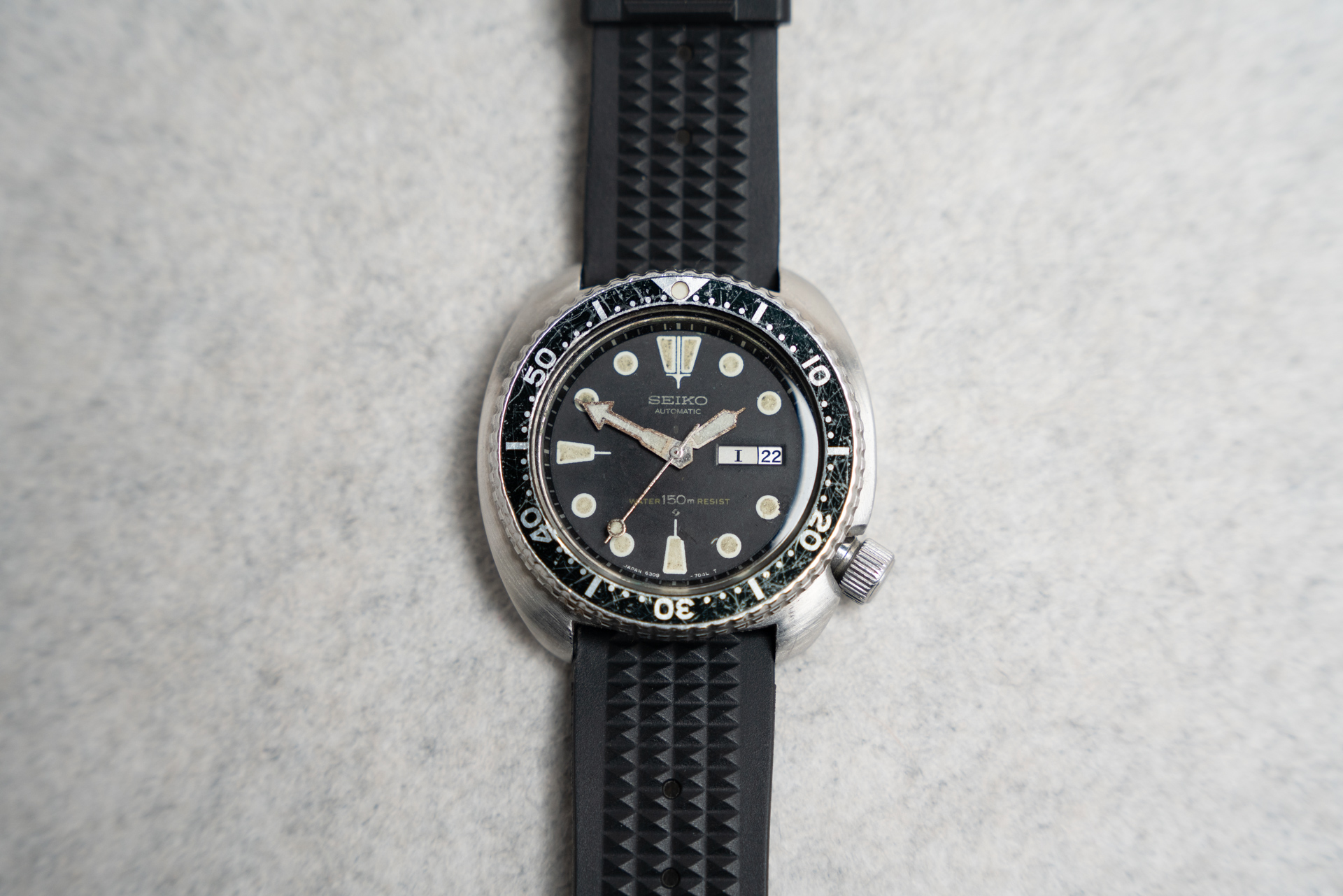 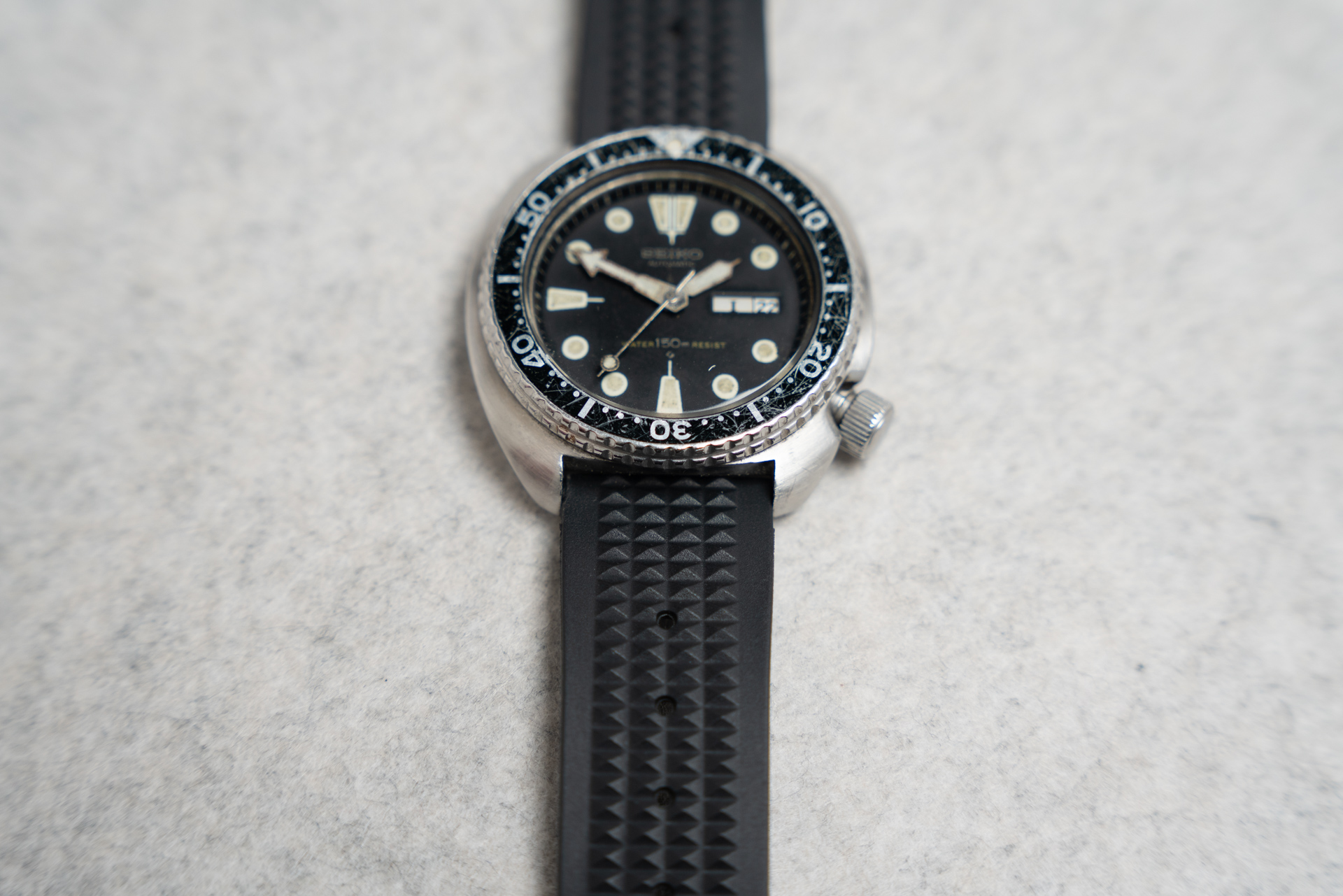 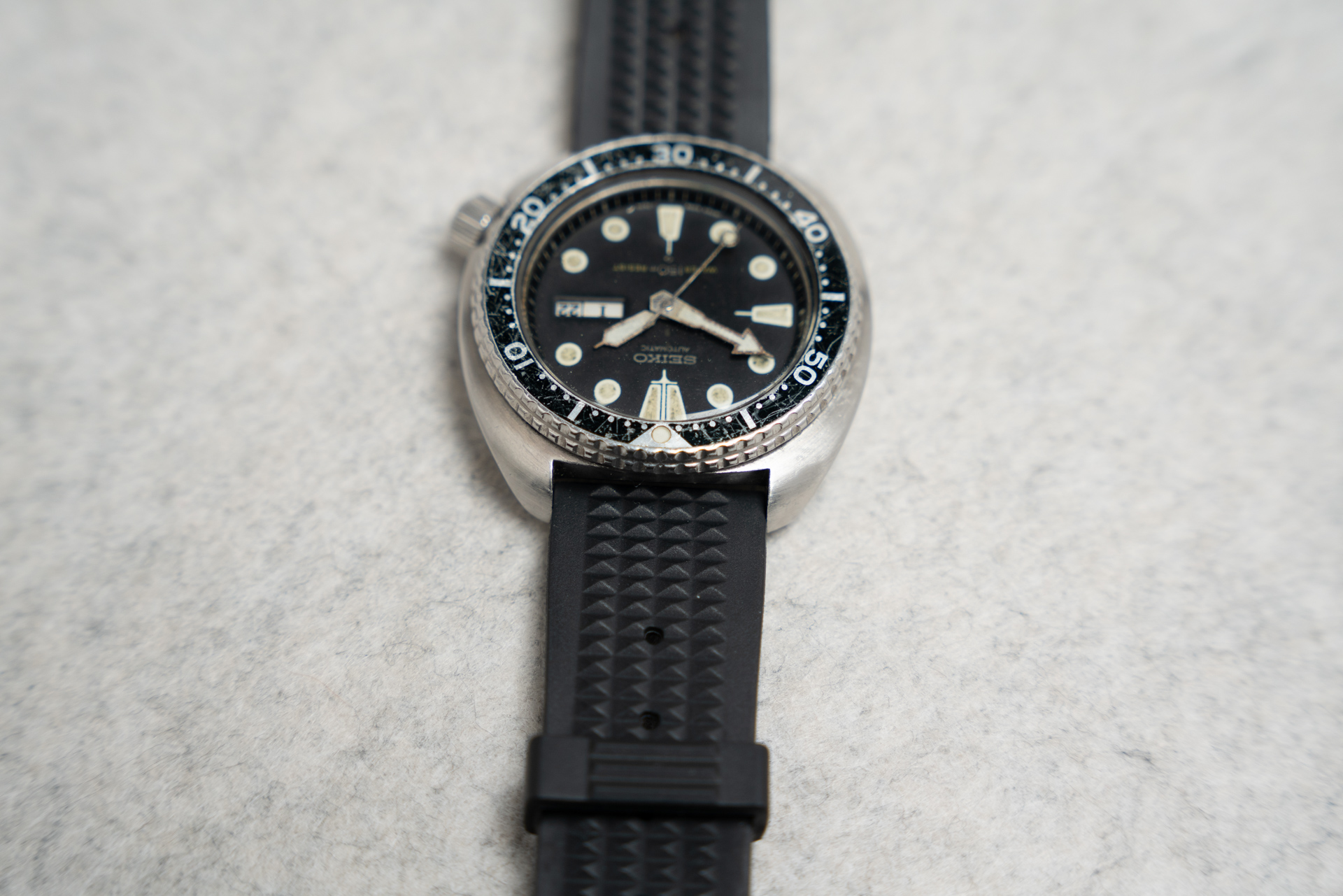 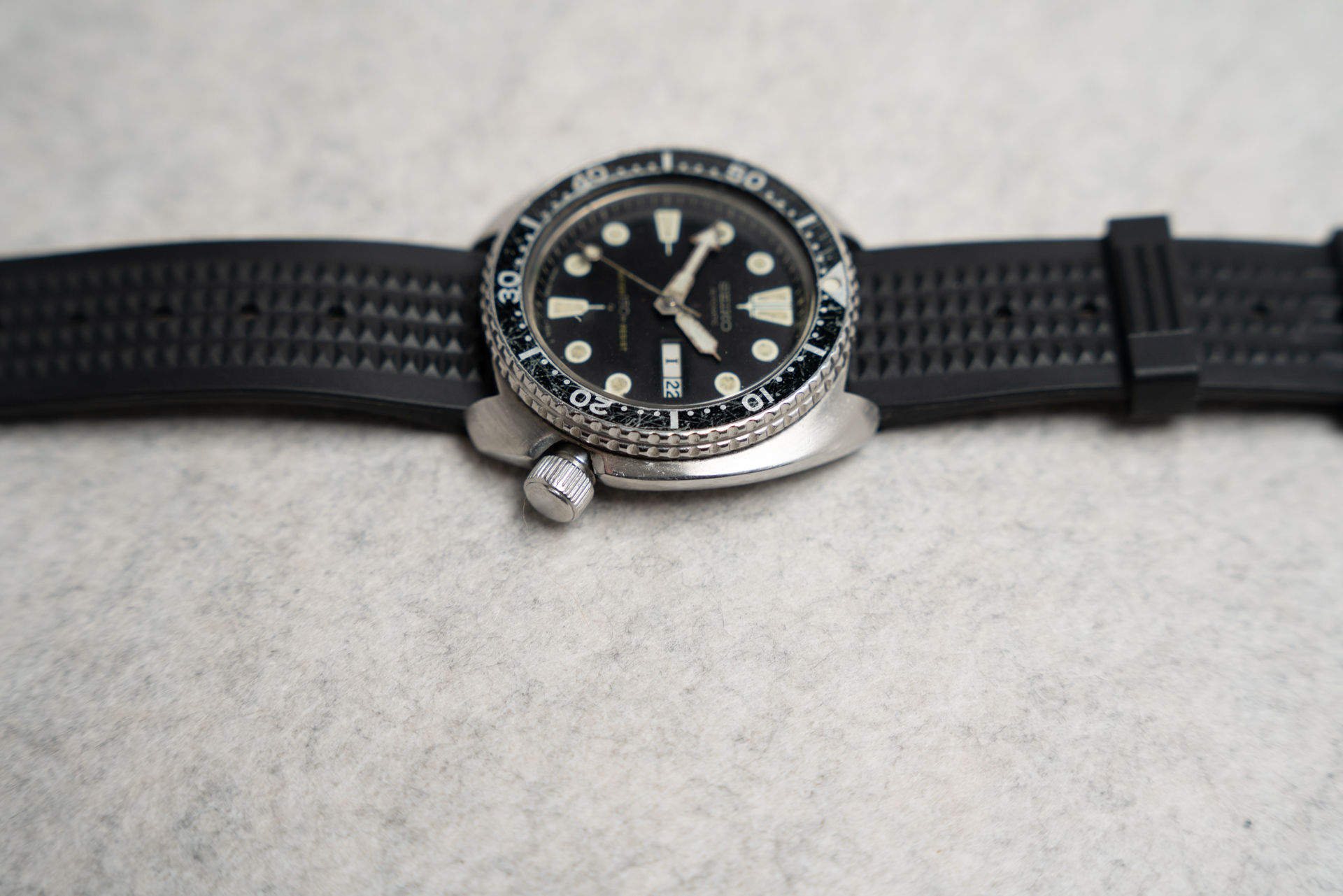 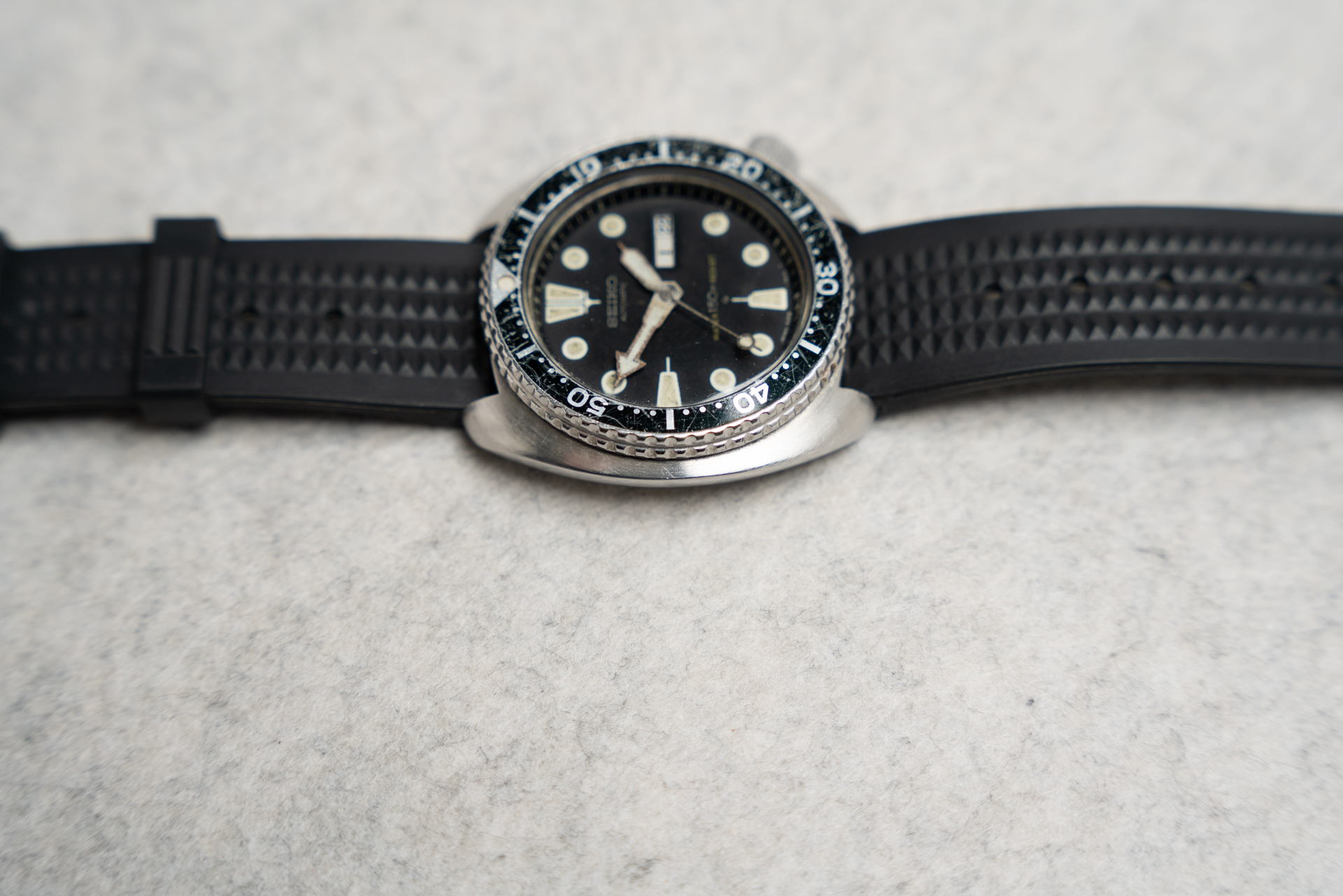 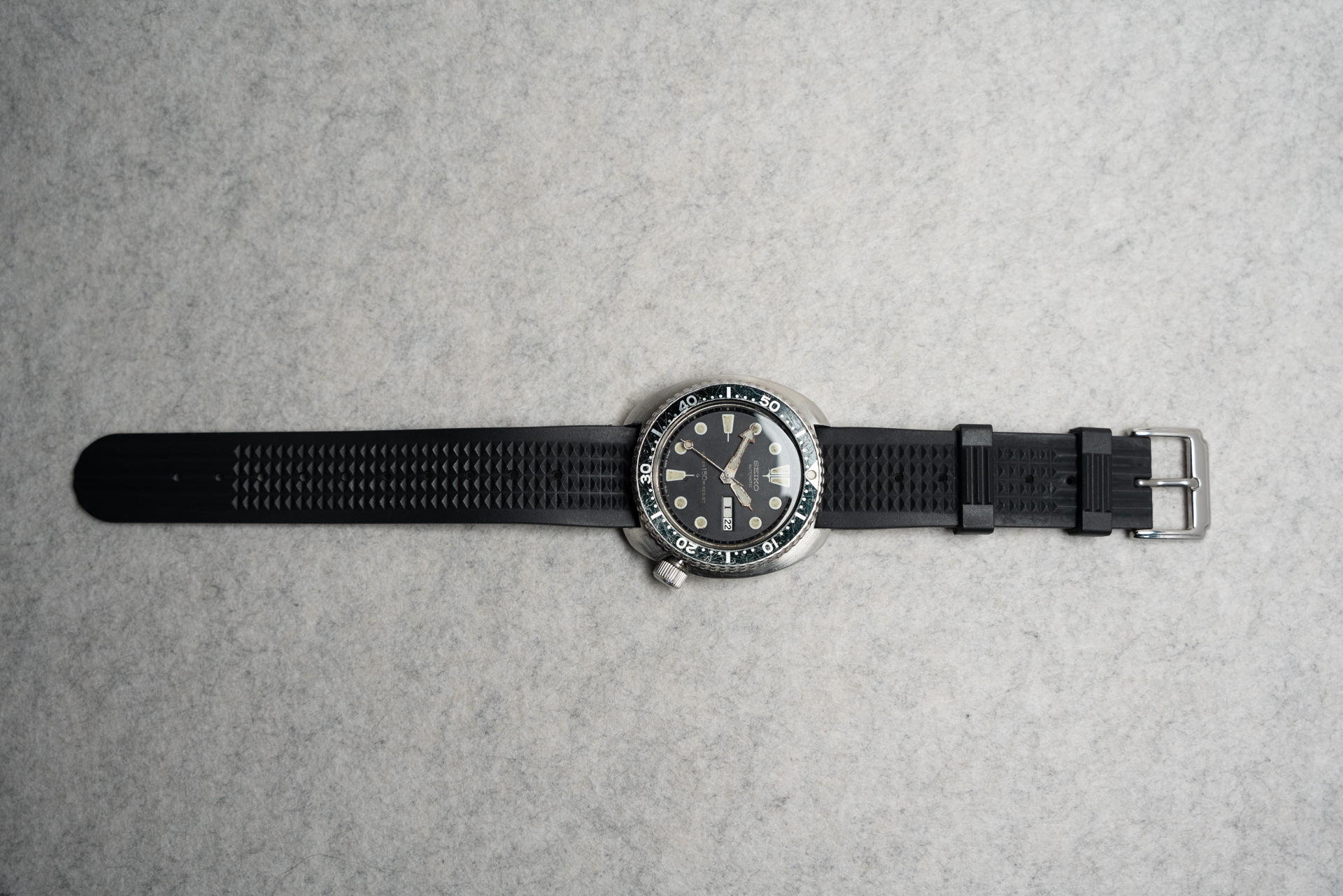 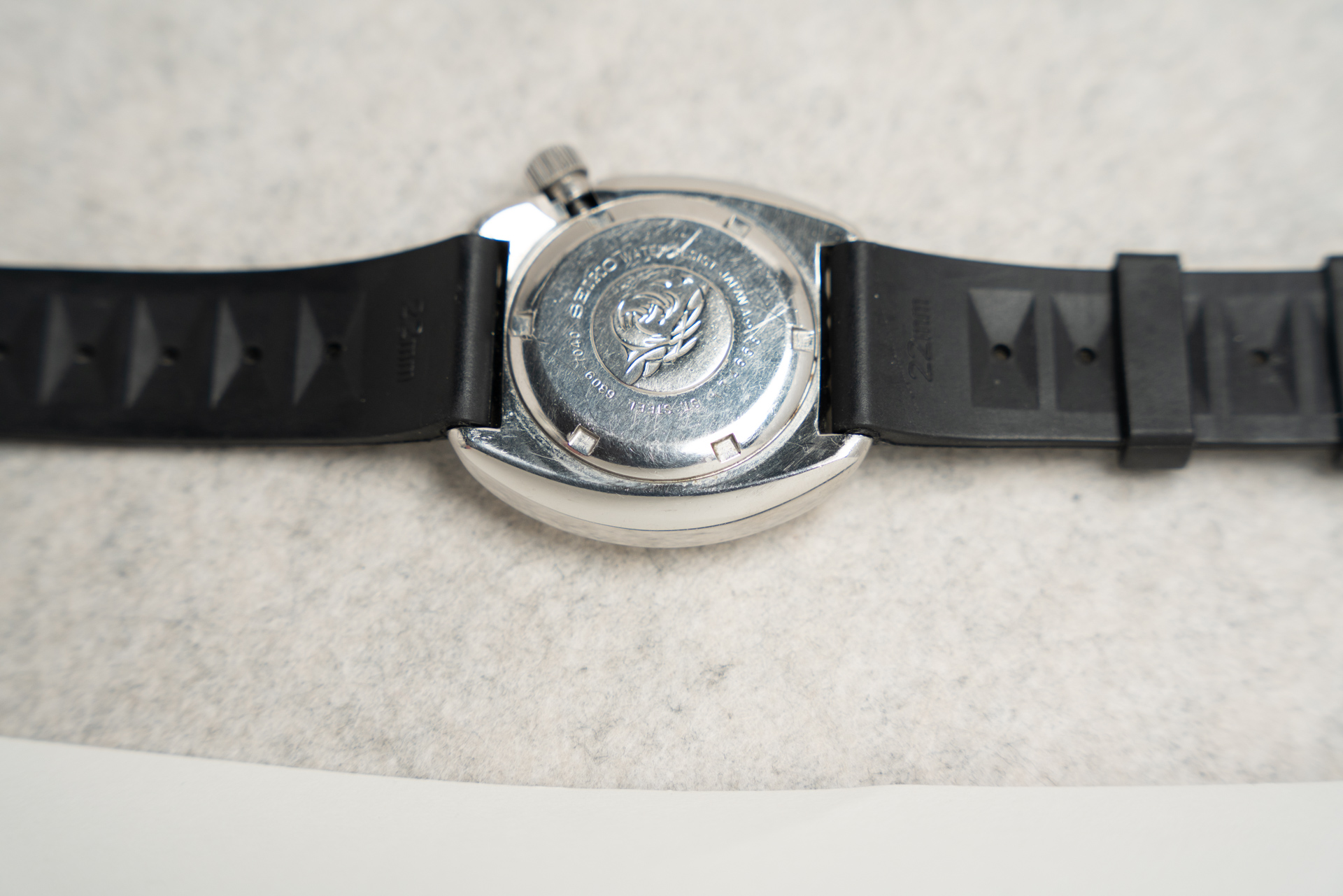 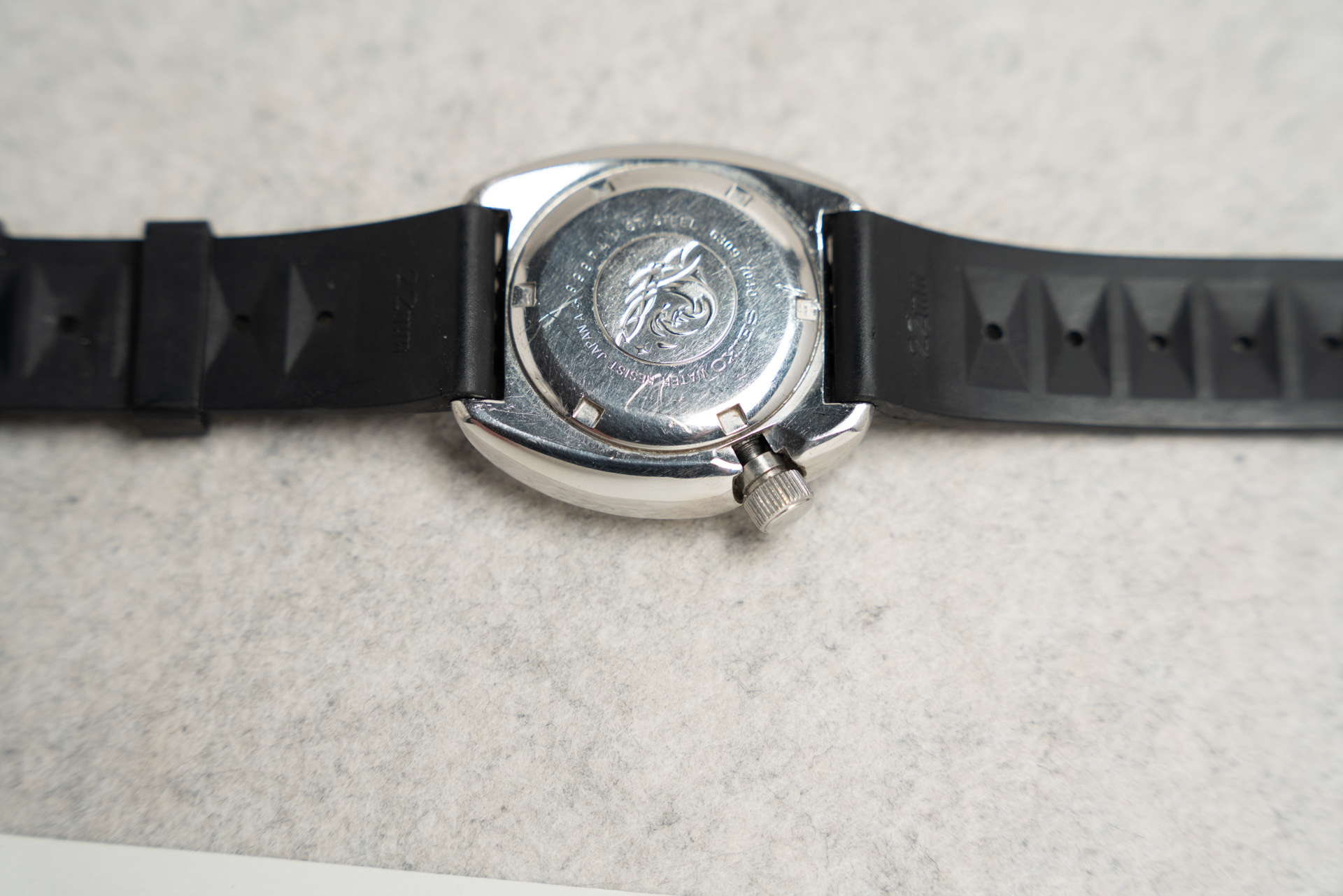 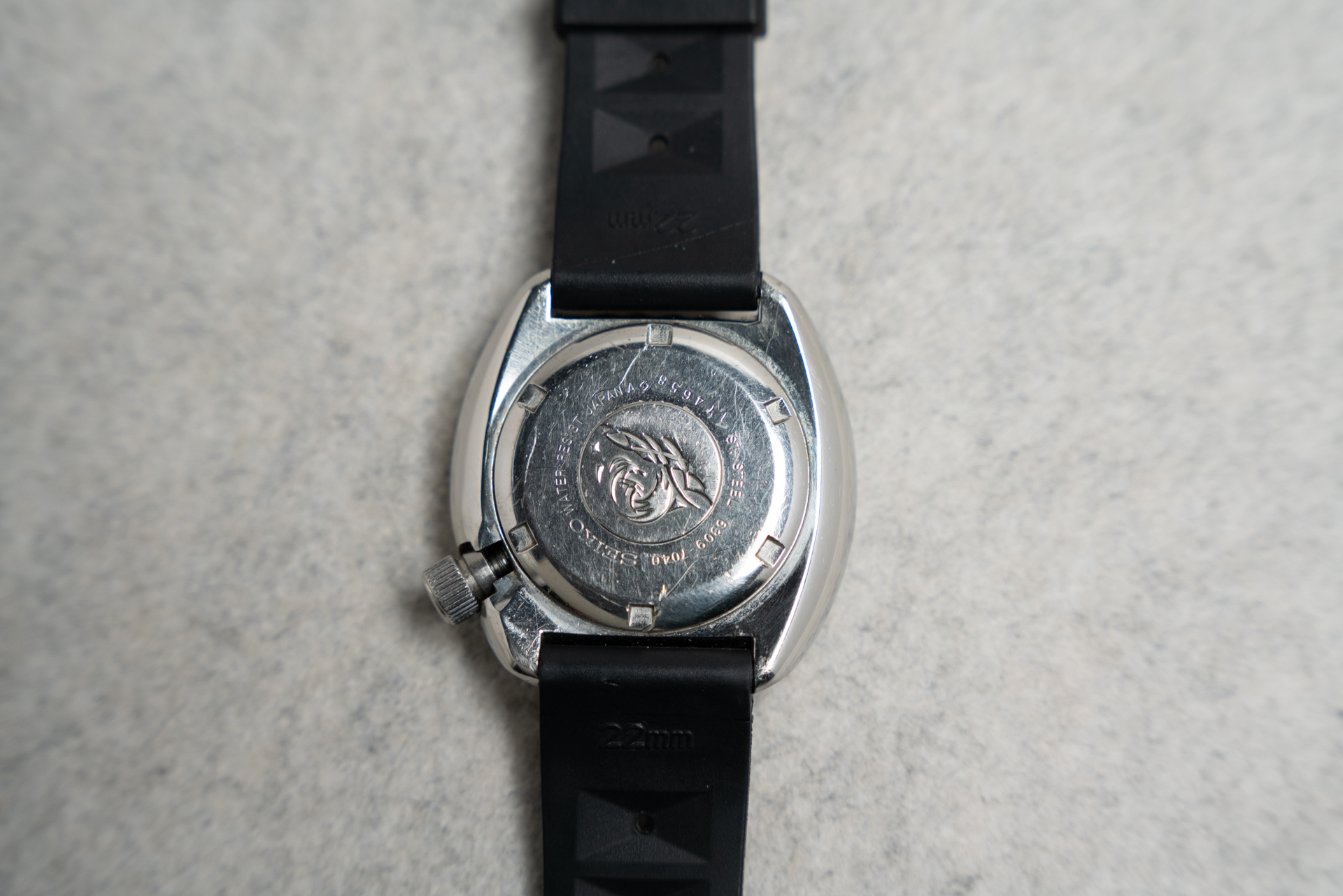 An iconic dive watch. All original & with a rough patina. Runs great.

The iconic Seiko Turtle 6309-7040 was introduced in 1976 and was in production until 1988. It’s a rugged and bold tool watch – it’s built to last. The nickname ‘Turtle’ refers to the shape of the case, which resembles a turtle shell when seen from above. And turtles are sea creatures, so there’s that too. The model has also been planted in pop culture since it can be seen in several movies, like The Abyss from 1989 by James Cameron where actor Ed Harris is wearing it through out the film.

It’s features Seiko’s workhorse 6309 automatic movement which runs at 21,600 bhp and has a 40 hour power reserve.

This is the kind of wristwatch I personally like a lot, it has rich history, it’s built to last decades and it’s not too expensive.

A vintage Seiko Turtle 6309-7040 from 1983 with a nice patina. It has been reviewed by our watchmaker (not serviced since there is no need), it runs very well and is accurate. The rubber strap is new, but not original.